"I can't wear this in public," he lamented as he looked at his legs, which were covered with hair and pink socks.
"Why? No one will know," his wife assured him.
"But ..."
"There is no but, there is only do!" his wife said as she handed him pants. When he was dressed she handed him his gun then kissed him on the cheek. "Good luck, Hzerog!"
An hour later, she was watching her soaps and a breaking news story interrupted the show. "We just got word that the Saturian Active Defense has declared war against Earth. Hzerog Kiwwal, a member of this fringe group, was taken out by secret service after he attempted to kill the Earth president while on a tour of the capital building."
Hzerog's wife clapped her hands with delight then shed the human skin she was wearing and teleported to the Mother ship. "It is done," she said as she slipped into General Zimpi's tentacles and kissed him.
He returned the kiss. "Our honeymoon suite awaits." 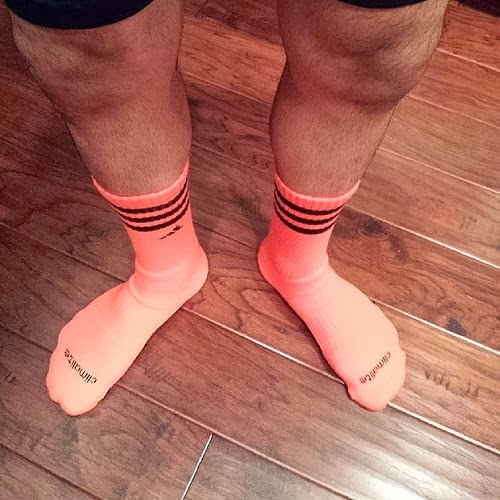 Posted by Neil Allen at 1:16 AM No comments:

Police Chief Lance Williams pulled up to the crime scene, parking behind two squad cars that had been there since the call came in an hour ago. The stench of burnt flesh greeted him when he opened the door and stepped into the early morning air. He covered his face with his scarf to filter out the smell but it still nearly overwhelmed him. Outside the building police officers and coroner were hunched over and vomiting. There was a line of body bags stacked three high on the sidewalk.
“I’ve never seen anything like this,” Lieutenant Brian Green said when he saw the chief. “I don’t know what kind of outlandish party these people were having but they won’t be doing it again.”
Green followed Williams into the building. Scorch marks marred the walls the walls had been covered in black with large planets, stars, comets, and other spacey items painted in neon colors. With black lights, it would have looked spectacular. Glass shards covered the floor, the remnants of a huge aquarium that had featured a giant octopus, which was now laid lifeless in a puddle on the floor, and a life-size fake scuba diver. The outlines of charred bodies were all over the floor.
“What happened here?” Williams asked as he tried to take in the devastation.
“We think it was a fire bomb though we haven’t found the device yet. It looks as if it may have been ignited remotely as the windows blew outward from the force of the explosion. The sudden influx of oxygen fanned the flames and engulfed the room. The aquarium shattering is the only thing that saved the whole building from going up but hadn’t happened soon enough to save everyone.”
“There are survivors?”
“Just one,” Green said and pointed to a woman sitting on the floor. She was wearing an alien costume and rocking back and forth, mumbling to herself.
“Have you talked to her?”
“We tried but she just kept saying over and over, ‘They will free us.’ Then we found this newspaper ad.”
Williams pulled out his reading glasses and read the ad Green had pointed to. “Join the STARS. The rendezvous party begins on 12/21 at 12:21 a.m. All those seeking refuge should meet at 42 East Galaxy Way.”
“I thought the U.N. put a ban on Strategic Transfer Alien Rescue Ships?” Williams asked.
“That never stopped them from running, they just went covert.”
“This isn’t very covert,” Williams said as he held up the newspaper.
“Maybe they were just desperate? Maybe they knew something was going to happen and didn’t have time to do it quietly?”
“Were there any witnesses?”
“The young man who called us about it is the only one we’ve found,” Green said and pointed out the door. A man, about twenty years old, was leaning against a parked car. He was wearing a leather jacket with a patch on the sleeve. Williams knew he’d seen it before but couldn’t remember where. A group of reporters were talking to him. “Go listen to what he’s saying,” he ordered. Green gave a quick nod then headed outside.
Williams rubbed his chin as he considered the lieutenants’ thoughts about the meeting and the patch on the man’s jacket. Somehow he knew they were connected. He carefully walked around the glass and remaining dead bodies, stopping in front of the woman. Williams realized she wasn’t wearing a costume, it was her true form. He’d known aliens had lived on Earth for thousands of years but this was the first time he’d seen one in their true form. They were forbidden by the U.N. to show their true form while they were stationed on Earth.
“May I ask you some questions?”
She looked up at him, her eyes were black and dull. “Grrez du pwazi errfa jytt,” she said in her native language then translated, “Our prison is now our grave.”
“What? Prison? Grave? That’s crazy talk. Explain yourself,” Williams demanded.
“You selfish earthlings have upset the balance in the universe with your pollution and all the garbage that has leaked from your atmosphere. The Federation of the Universe warned you time and time again. But you didn’t listen. You kept on with your ways. Those of us imprisoned here tried to help but it was too late. And now, it is time for all of us to pay the penalty.”
As she finished speaking, hundreds of missiles were fired from a fleet of intergalactic war ships from federation surrounding the planet. All life was destroyed and the planet was left a pock-marked shell.

"Ma, my hands are tired," Ruby complained.
"Keep working, we can't stop now." Ma expertly rolled out another clump of clay into a long thin rope then cut it in precisely seven inch lengths.
Ruby stretched her wings then picked up a piece of the clay and folded it in half. She pinched it at the crease, flattening and bending out the ends. When she was done, she placed it on the drying tray with the others.
"Why do people use these things? Don't they know they're not magic?"
"People don't need for them to be real; they just need to think it might work."
"Kinda like how people think about God?"
"Just like that, Ruby. Now hurry up. The chickens are waiting to get their wish bones."

Posted by Neil Allen at 7:35 AM No comments:

"I knew I shouldn't have had the salad for lunch!" Jenny thought as she stepped away from David, her new super hot boyfriend. "I'll be back in a sec, I want to see if I can see Macy's from here," she fibbed as she tried not to show her teeth while she talked.

"Sure thing," he replied as he dropped quarters into the binocular machine.

Jenny crossed to the other side of the Observation Deck and pulled out her phone. She lined it up to take a selfie to see if she actually had lettuce stuck in her teeth or if she was being overly sensitive. She smiled really wide so she could see as many of her teeth as possible. click

She looked at the picture. Phew! No lettuce. Then she noticed something in the corner. "Hey David," she said as she turned around. "What do you think ..."

The meteor hit the Empire State Building before she could finish.﻿ 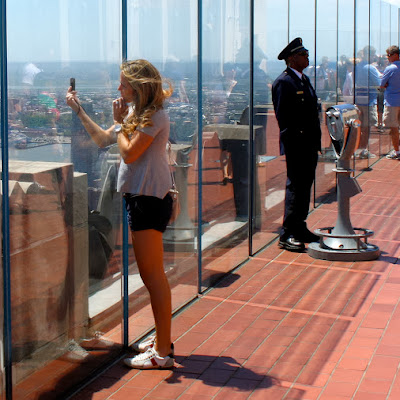 Picture Prompt for the Story
Posted by Neil Allen at 7:05 PM No comments: